Alongside Bigfoot there is often talk of another hairy creature, bipedal in nature, man-like in form and of a similarly large stature; but with a fanged, dog-like or wolf-like head. These reports are generally rarer than Bigfoot reports both in the U.K. and the U.S. but share a striking similarity with one another, by eyewitnesses as far apart as Wales and Wisconsin.

As one might imagine, the theories as to the identity of these creatures certainly do attract a few strange, weird and wonderful explanations. Some of them lucid and some of them ludicrous!

For myself, I always believe that the answer to most cryptid sightings is a natural one. If the creature is described as being animal-like, then it probably is an animal, even if the attributes it portrays seem somewhat superficially supernatural. For example, a creature whose eyes seem to glow without the aid of artificial light may in fact possess some form of bioluminescence instead of  'hellfire' and a witness who describes feeling an intense feeling of dread or fear before sighting some unusual creature, (Bigfoot/Dogman etc.) could have been affected by a type of infrasound, similar to that allegedly used by tigers.

Sightings of the Dogman, or as it has been traditionally known, the Werewolf; are the kind that I would have laughed at a couple of years ago, whilst simultaneously being a believer in Lake Monsters and Bigfoot. This is because the possibility of an upright, bipedal Wolf-Man had seemed improbable, almost too supernatural to me; a fanciful faerie tale, to scare kids straight and keep them out of the woods! It was a mystery too obtuse, too difficult to fit in to my 'natural animal' explanation and unlike the other cryptids I have pursued, its history lay deeply embedded in the paranormal, a beast of myth and legend, or some pastoral parable of good and evil, to warn parishioners away from sinful conduct with a tale of beastly transformation.

After researching this phenomenon extensively in the UK, I was intrigued by an article that appeared in the Hull Daily Mail about a creature called the 'Werewolf of Hull', or the 'Beast of Barmston Drain' as it is also known; a bipedal Wolf-Like creature that is said to stalk the Yorkshire Wolds, and which was sighted several times in May and August of 2016, by numerous independent witnesses, who all provided similarly eerie descriptions of this mysterious animal.

Ol' Stinker the Beast of Barmston Drain
A woman who sighted the 'potential werewolf' in December 2016 said "It was stood upright one moment. The next it was down on all fours running like a dog. I was terrified. It vaulted 30ft over to the other side of the drain and vanished up the embankment and over a wall into some allotments." She said that it both ran on two legs and on all fours, having the qualities of both a human and a wolf.

Another couple said they saw something 'tall and hairy' eating a dog next to a drainage channel, which runs through the countryside. They added that it jumped over an 8ft-high fence, with the animal in its mouth.

Yet, Another woman who was walking her dog one evening spotted something she described as being 'half dog & half human'. She said that her dog adamantly refused to go any further along the path they were walking along. (although, the reason why this clever animal's refusal to walk towards a huge wolf-man should be noted in such a disciplinary tone, escapes me!)

The Werewolf of Hull

Jemma Waller, an animal rescue worker, described the moment she came face-to-face with the notorious werewolf 'Old Stinker' as she was driving through the East Riding village of Halsham. The 24-year-old said the beast looked like a big dog "with a human face".

Ms Waller was with two friends at the time of the sighting and said: "We were driving down this country lane on our way to get some pizza and my friend in the back seat said that he had seen a fox. I looked on my driver's side and saw this beast on all fours who started to walk straight towards my car on two legs. It looked like a big dog, probably bigger than my car, but it had a human face. It also had this cream and grey fur. My automatic reaction was to keep on driving, but thankfully it didn't keep coming towards me. It just turned around and ran off diagonally. Everyone in the car was really shaken. We'd never seen anything like that before."  The party stopped their car at a nearby petrol station to calm themselves down. When concerned staff asked what was wrong, the friends described what they had seen, only to be told by the staff, to the legend of the 'Beast of Barmston Drain'.

Ms Waller said: "We had never heard about it before, but when we started reading up about it, it was exactly like what we saw. It just made us more scared, to be honest, and I didn't get any sleep that night. It was just like a horror movie."

Sightings of 'Old Stinker' are believed to date back to the 18th century when wolves still stalked the countryside. In one report from the 1960s, a lorry driver said a creature had tried to smash its way through his windscreen as he drove along a remote Wolds road off Beverley Road in Hull.

(There are many other Werewolf or 'Dogman' sightings in the UK, which can be found through many reputable sources such as Deborah Hatswell's British Bigfoot Map or via the purchase of one of Linda Godfrey's many excellent books on the subject.)

In the case of the Dogman or the Werewolf, I'm drawn to the (not so original) conclusion that perhaps what we consider to be dog-like in its features, could in fact be ape-like or more baboon-like, if only the muzzle was extended enough and the ears were long enough to appear to be on top of the head. But then, what ape or baboon ever had such features? Is the Dogman some new and original creature or, just like the werewolf legends of old in Britain and Europe just what it appears to be, a large, bipedal; Wolf-Man? The eyewitness accounts certainly seem to be very compelling and add further weight to substantiate that what people are seeing here in The British Isles closely resembles those North American tales of this strange beast.

In this line of questioning and theoretical over-extension, I suddenly realise that I have reverted to the position of sceptic and for a moment feel giddy with this new found pseudo-objectivity that allows me to briefly experience how the uninitiated perceive the evidence for Bigfoot, Nessie et al; and what evidence I as a researcher need to provide them, in order to allay their concerns and create a plausible explanation for the existence of undiscovered animals living among us. Yet, on the other hand, what I may be experiencing in regards to the concept of the Dogman, quite simply can be summed up in the phrase 'One Man's Meat is Another Man's Poison',  or in this case, 'Werewolf'!

As a final word, I would say that they, The Dogmen, that is, are rather rare, rarer than the Bigfoot, in any case, and they look to be far more aggressive in behaviour too. Also, they do not appear to inhabit the same range as Bigfoot, with many of the sightings in the UK concentrated in Staffordshire and Derbyshire, although,  there are other sporadic sightings throughout most of the country. In all of the eyewitness sightings, the Dogman seems to exhibit very similar characteristics and behaviours to the Bigfoot, even though it does seem, overall, to be less intelligent and more animalistic in its general demeanour and composure than its ape-like cousin. 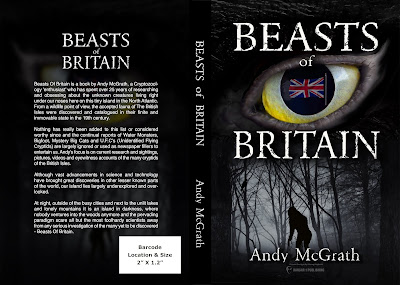 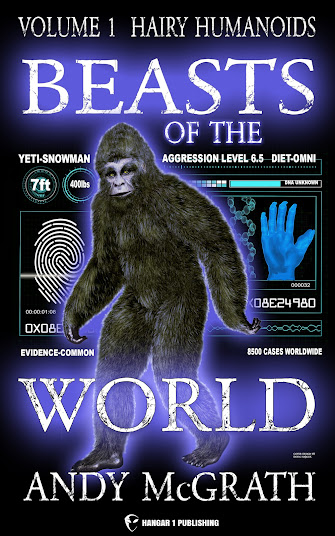 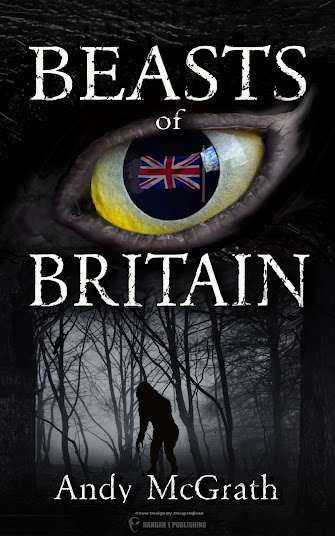